George Eastman invented photographic film, the portable camera and the industry of amateur photography. Founded in 1889, with the slogan “you press the button, we do the rest”, Eastman Kodak would dominate this industry for a century. By the end of the 1970s, the company controlled 90% of the American market for films (and 85% of the market for cameras) and had 100,000 employees all over the world (Tendayi, Toma & Gons, 2017). In 1989, the engineer Steven Sasson submitted to the board of Kodak the prototype of a digital camera (Films were the main business for the company, so the project was shelved by Kodak. When they realized their mistake, it was too late. The business of films virtually disappeared within a few years. The attempts to enter the new market of digital photography were not successful, and Kodak filed for bankruptcy in 2012. In the early 1990s, the company Embraer, founded in 1969 by the Brazilian government to produce airplanes like the “Bandeirante”, was facing some difficulties that led it to the brink of collapse. Ozires Silva, the president of Embraer since its foundation up until 1986, came back to lead its privatization, completed in 1994. In 2018, Embraer was the fourth aircraft manufacturer in the world (with revenues of US$ 5,07 billions), preceded by Boeing, Airbus and Bombardier (Saconi, 2019). How does it happen that some companies are successful… and some collapse? The main reason is most likely, among others, a matter of innovation.

There are several “types” of innovation. Clayton M. Christensen, from Harvard Business School, a world reference in innovation for large companies, introduces in his book “The Innovator’s Dilemma” (1997), two key concepts: Disruptive Innovation and the Innovator’s Dilemma. A disruptive innovation completely overturns a given market. Disruptive technologies initially create products that are worse in terms of performance, but at the same time offer other value attributes. These new attributes attract new customers and create new markets, but established companies rarely notice these opportunities. In other words, very well managed companies collapse by losing opportunities to innovate and create new products or markets.

The same qualities that make a company successful also put it at risk. The standards of success and failure of the companies that face disruptive technological changes come from good managerial decisions – this is the “Innovator’s Dilemma”. For example, the managers at Kodak acted to protect their business, but failed to perceive the signs of change until it was too late.

Generally, managers assume that disruptive technologies are not a threat because these products will not have a performance comparable to that of existing products, and they do not wish to spend their time or energy on projects that seem small and that will not bring any real benefit to the company and/or for their careers. Besides, a failed idea will probably jeopardize their promotion; therefore, they will rarely be willing to invest in learning and would rather focus on conventional technologies. Finally, disruptive technologies create new markets with a size that was impossible to evaluate in advance. There is no way to foresee and plan: it will always be wrong (Christensen, 1997). Besides that, it is normal that disruptive technologies fail initially, but end up being used in the markets. When it comes to disruptive technologies, managers should experiment and learn. It is vital that a company creates opportunities for that purpose. The question is how.

Tendayi Viki, a co-writer of “The Corporate Startup: How established companies can develop successful innovation ecosystems” (2017) highlights that most companies were startups at some point. As they become successful, they start protecting their main businesses and distance themselves from the mentality that encourages innovation. Bureaucracy and traditional management practices tend to strangle “out-of-the-box” thinking and the capacity of the company to notice new trends. Furthermore, the fear of not meeting the expectations of the market and affecting the price of shares, as well as the lack of methodologies to manage innovation teams and processes, make it difficult for large companies to successfully innovate

In order to overcome these issues, big corporations have to be more flexible and apply an ecosystem approach to their operations. Thus, a firm can comprise a balanced mix of stable cash cows and, at the same time, develop its new products that can include disruptive ones for lower-end or emerging markets. The goal is to have various business models with the balanced portfolio of mature and established operations and early stage products aimed at future sales. Usually this strategy is also financially attractive as the money generated from cash cows invariably goes to R&D expenses (Tendayi, Toma & Gons, 2017).

Viki raises the fundamental question: why do innovation programs succeed… or fail? Failure seems to result from two scenarios: the first one, corporations try to manage innovation with conventional approaches: business plans, ROI analysis, etc. (these simply do not apply to innovation) or (on the opposite side) they reserve “creative spaces” for innovators to work with whatever they want, with no managerial process at all. In both cases, what we have is an “innovation theater” – where time and resources are consumed, generally with no result.

On the other side, success seems to depend on the capacity of implementing managerial tools adequate to well-established business models versus those who still are in research mode. This is what is called an ambidextrous organization: excellent in both research and execution.

The history of Embraer begins in 1968, with the inaugural flight of the prototype for the first Brazilian airplane, project IPD6504, led by the aeronautical engineer and then FAB major, Ozires Silva. Embraer was created the following year, with the mission of mass-production of Embraer EMB-110. Ozires Silva was the first president of the company, a position he held until 1986. In his conferences, he used to narrate a comment he heard about that prototype: “Did it have to be that ugly?!” (Carnevalli, 2019).

In 1991, Ozires returned to Embraer to lead its privatization, completed in 1994. The company went through a long process of restructuration, becoming one of the largest manufacturers of commercial jets in the world.

Nowadays, Embraer is one of the most innovative companies in the world. Its E190-E2 Program was awarded in the category Project of the Year 2019 by the Project Management Institute. According to Fernando Antonio Oliveira, director of the E2 Program: “Embraer created a legacy by daring the impossible, starting with the dream of producing airplanes in a country that did not even manufacture bicycles. 50 years later, the E2 teams proved that it was possible to dream big and develop a new high-technology commercial jet, even surpassing the highest expectations…” (Carnevalli, 2019).

Embraer sought innovation through partnerships. According to André Gasparotti, Technological Development Director, the “secret” is to collaborate with other companies, universities and startups. Embraer has, among others, a partnership with Uber for the development of urban and autonomous flying cars; and with Saab, within the framework of the program for the construction and codevelopment of Gripen fighters in Brazil. “Partnerships are already essential, but in the future, they will be even more. In the past, innovative organizations talked a lot about industrial secrecy. Today, industrial secrecy is still important, but companies act in ecosystems of innovation” (Kastner, 2018).

Regarding innovation, Embraer acts in two fronts that correspond to the concepts of adjacent innovations and transformational innovations. The former consists in identifying key players for the development of products for niches – more current/ foreseeable needs – that may result in products within the usual deadlines in the company. As for the latter, Embraer X acts as the radical innovation branch of the company. It has to do with thinking of new solutions, completely different, for a future that is difficult to foresee. “Development takes a very long time in the aircraft sector”, he affirms. “To innovate, you need to foresee the trends and create a robust technology that can be updated over time” (Carnevalli, 2019). It is important to mention that Embraer X was not included in the selling of 80% of the commercial area of the company to Boeing, and its creations remain independent.

The “flying car” is an example of the kind of projects developed by Embraer X – in this case, through a partnership with Uber. This is an “aircraft for the masses”, according to Antonio Campello, president of the unit. Since this vehicle will be electric and will use a rechargeable battery, operating costs are expected to be lower to those of a common helicopter. The aircraft’s design should be simple, with fixed parts and cheap maintenance, easily accessible and with the least possible noise, since the idea is that it flies closer to the ground than helicopter (Embraer Revela Carro, 2019).

Still, according to Campello, a large part of the project is being developed in Brazil. Embraer has not revealed a date for introducing the aircraft. As published by “O Estado de São Paulo” in June 2019, it is unknown whether the Brazilian company will participate in the first tests planned by Uber for 2020 in the cities of Melbourne, in Australia, Dallas and Los Angeles, in the USA.

In its Flight Plan 2030, according to the Embraer website, an air traffic management concept for urban air mobility, Embraer X establishes a vision of the future that drives the project of electric powered vertical takeoff and landing (eVTOLs) vehicles and of urban air mobility (UAM), which is based upon three main pillars:

This case of innovation management of Embraer shows the concepts of ambidextrous organization (excellent in both research and execution); of the construction of an ecosystem of innovation that is balanced between current/ foreseeable products (core), adjacent and disruptive – with a company that dedicates exclusively to the latter, Embraer X. In conclusion, it is worth mentioning the “business plan” of the eVTOL project. This document establishes a clear and inspiring vision of the future; highlights the possible difficulties and obstacles; and does not venture into financial forecasts of any kind.

Even though the main goal of this article is to reflect on the matter of innovation from the point of view of business strategies, it is important to highlight an aspect that was seemingly forgotten: the ethical issue. An organization does not exist “to create profit”. Profit is supposed to be a “natural” outcome of the organization fulfilling its role in society. Therefore, here goes an alert against innovations which potential for profit is not linked to effective improvements for society, but to manipulative use of knowledge. It is particularly important being alert with developments with the potential to interfere in privacy, freedom and citizenship; and/or lead to undesirable impacts to the society and to the environment.

Innovating is necessary. Any company that loses its capacity to create, foresee or – at least – keep track of the pace of evolution in the sector and markets where it acts will be doomed to disappear. In this article, we have analyzed the issue of innovation within large companies, we have seen how and why they may fail, always making good (and old?) managerial decisions… for too long.

A corporation that has many resources, but is tangled in a web of decisions that supposedly guarantees the continuity and sustainable growth of the business, can also lead to financial failure (the “innovator’s dilemma”) and needs to become ambidextrous: developing the ability to research the environment and to identify new opportunities. The main recommendation seems to be avoiding the trap of the “innovation theater” in its two forms: the illusion of control represented by “business plans” (that never work); and the incentives to “creativity”, confused with innovation. Moreover, the development of a true ecosystem of innovation is an enormous challenge that must be faced.

Finally, we must keep in mind the ethical issues of sustainability. Business’ business is business – but the (legitimate) pursuit of profit cannot do without the fundamental mission of seeking the maximum common good. The purpose of the effort for innovation must be improving the lives of people – whereas profit is just a consequence of that. 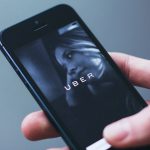 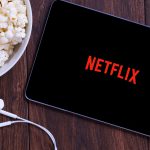